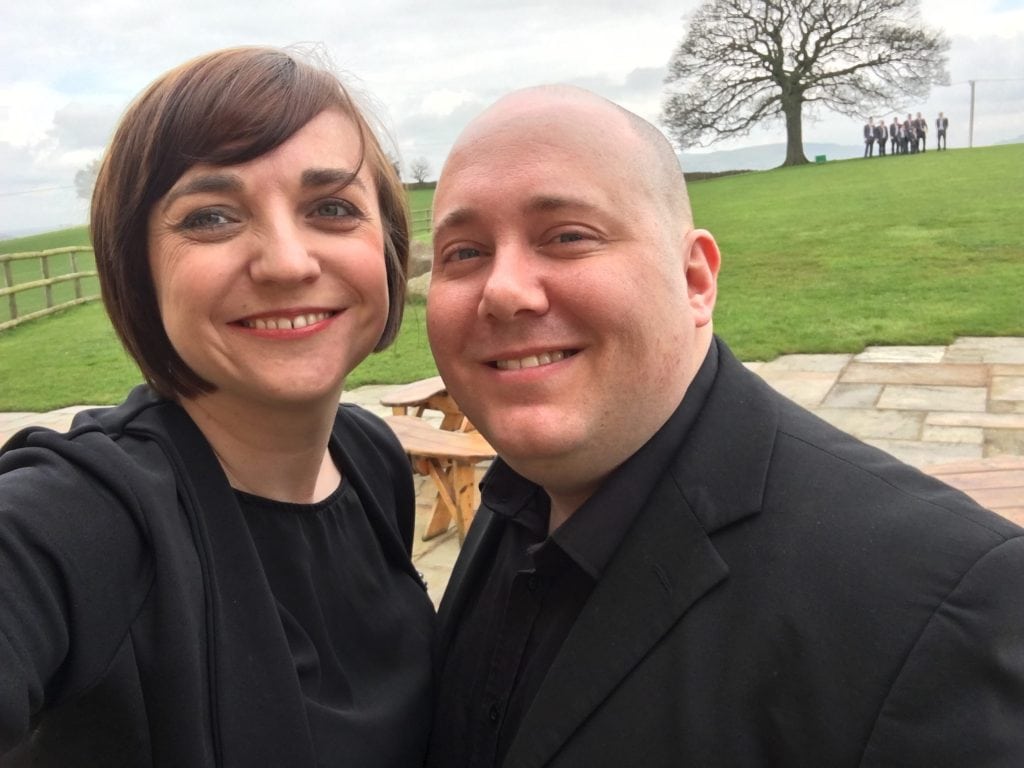 Brought to you by Mark & Liz Hendry.

As a husband and wife team, one of the most rewarding things for us is meeting new couples starting their journey together.

It is our aim to help make weddings a wonderful experience by providing a personal, friendly and professional service.
When you book with us you get the benefit of our experience- 1000 amazing weddings- and you are booking with peace of mind that you need not worry about the music for the day.

We would be honoured to be part of your special day!

Liz is a highly in-demand pianist, especially for weddings in the North West.  Her inimitable style creates the perfect romantic soundtrack to a wedding day, leaving all her clients totally in love with her playing.

Mark (known as The Piano Guy) provides everything from beautiful heartfelt ballads for your ceremony to party singalongs.  He also leads our awesome PianoJam show for wedding receptions and Corporate functions

We both have extensive and diverse playing backgrounds in different fields but bring our joint knowledge together to provide the services Live Piano Ltd offers.

Mark is a music graduate from the University of Wales, Bangor and is a talented multi-instrumentalist and vocalist, who performs professionally on piano, guitar, bass and drums. Since graduation he has spent 20 years as a touring musician beginning with a stint in the West End, on the musical ‘Rent. ’

Mark has performed all over Europe with great success as a piano bar entertainer, playing in nightclubs, bars, restaurants and at large scale festivals and events. In 2013, Mark and Liz set up ‘The Live Piano Experience’ based on the Duelling pianos concept, popular in the USA, Holland and Norway. The company evolved to supply amazing daytime music as well as piano bar style evening entertainment and both Mark and Liz became the recommended pianists at several North West wedding venues each performing at 100s of weddings with great success, providing an award winning service. As well as rocking weddings, Mark enjoyed performing for the RAF and at larger events including the Travel Councillors Conference after Rick Astley, BPM, and Nudefest. In 2018 the company became Live Piano Ltd, and the evening piano shows became ‘Piano Jam.’ In 2021, Mark was proud to graduate from the voice college with distinction as a qualified vocal coach.

Liz is a music graduate from the University of Wales, Bangor. She then gained a Postgraduate Certificate of Education and worked as a Primary School teacher for 14 years. Liz began performing semi-professionally at the age of 12, playing in church for services and weddings, and then playing on legendary northern club circuit from the age of 13. Liz continued to perform alongside her teaching, whenever she was able, and when ‘The Live Piano Experience’ was formed in 2013, Liz retired as a teacher to become a full time professional musician. Liz’s popularity on the wedding circuit quickly increased, due to her sunny personality and beautiful playing style, meaning she quickly became one of the busiest wedding musicians on the North West Circuit. As well as corporate functions, she has performed at hundreds of weddings all over the North West and is a regular at Knowsley Hall, Ashfield House, Mottram Hall and Bartle Hall.